COVID-19 UPDATE: Jason R. Antoine, Attorney at Law, remains open to serve our community and assist them with their needs. We can be reached by phone, e-mail, contact form, and video conference.
Criminal Defense DUI INJURY
Contact Us Now For a Free Consultation
Home
Attorney Profile
Jason R. Antoine 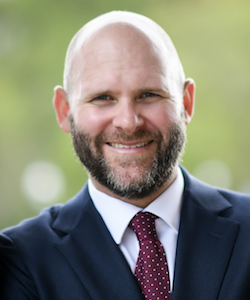 Jason Antoine was born in Wilmington, Delaware and attended John Dickinson High School where he played varsity Football. He graduated from the University of Delaware with a Bachelor of the Arts degree in History Education in 2003. He then attended and graduated from the West Virginia University College of Law in 2006. While in law school Jason clerked with the State of Delaware Attorney General's Office and clerked for his now deceased Uncle, C. Paul Estep, a notable personal injury attorney in West Virginia.

Prior to entering private practice as a criminal and civil trial attorney, Jason served as an Assistant District Attorney in Pennsylvania. The District Attorney and his supervisors stated that Jason "had a lot of talent" and "was really good in trial." Jason was promoted to trial attorney in a month and was trying high stakes felony cases early in his career. In the first year, Jason won 9 out of 10 trials against seasoned criminal defense attorneys and prosecuted a total of 203 cases with only 1 acquittal. He received a dedicated service award from the acting District Attorney. Since his time with the District Attorney's Office, Jason has spent over a decade representing criminal defendants in state and federal courts across Delaware and Pennsylvania. Jason also represents select clients in serious personal injury and accident matters. Jason has been selected as a top criminal defense attorney in Wilmington, Delaware by Superlawyers and has an AVVO rating of Superb 10 out of 10. During his early years in Pennsylvania, he was ranked as one of the Top 100 trial lawyers in Pennsylvania. Jason has handled several high-profile cases that have been featured in the media by the New York Times, the Washington Post, the Miami Herald, NBC 10 Philadelphia, 6ABC Action News, CBS Philly and the Philadelphia Inquirer. Jason was also a commentator for Time Magazine on the Bill Cosby case.

Jason grew up in a blue-collar family which taught him the value of hard work and a never quit attitude. Jason believes this background brings a sense of toughness to the courtroom. Jason is constantly reading books and material on trial advocacy and looking for ways to hone his courtroom skills.

Outside of the courtroom, Jason is married and loves spending time on his boat in the Chesapeake Bay or at his family's farmhouse in rural West Virginia. He also plays electric guitar.

Top Trial Attorney, The Global Directory of Who's Who

Practice Areas
Client Reviews
★★★★★
"Jason and his staff are very professional, attentive and straightforward. I would very highly recommend his representation to anyone in need of legal assistance." Jonathan G.
View More
Submit a Law Firm Client Review